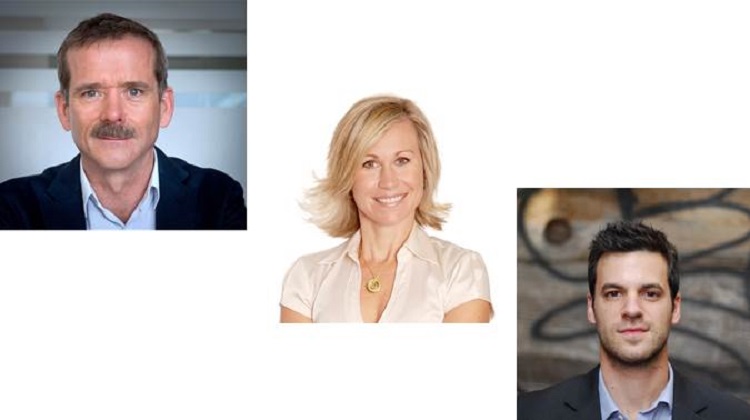 Have you ever had a dream or a vision to make the world better? What did you do about it? What obstacles did you face along the way?

Too often, we shut ourselves or others down and miss opportunities by not embracing what is possible. We listen to the naysayers, the realists and the status quo seekers. When you have clear vision, strong passion and the resolve to take action, you can inspire and create significant change. That is the core of what Possibility Thinking is all about.

Below are some excerpts of what they shared at the event – hopefully this inspires you to embrace your inner Possibility Thinker. “I want to thank everyone at Future Possibilities for Kids for honouring me with the Possibility Thinker award. It means a lot to me, just because ever since I was a young Canadian, I have been following the basic precepts of what a Possibility Thinker is. Possibility Thinking is the only way I could fly in space. It’s a process of visualizing something that is nearly impossible, and then using that to help decide all of the things that you are going to do, and it’s amazing where that can take you. Possibility Thinking is the envisioning of something that doesn’t exist, that through individual and collective efforts might happen. That’s how all the great things in history have happened. In my case, the clearest example of Possibility Thinking is my decision at 9 years old to become an astronaut. It was almost “impossibility thinking.” I was inspired by watching the first two people who had walked on the moon. The only way that it might happen is if I made the effort. Picture what your life would be like if things went perfectly. When you walk into a bookstore, what part of the bookstore do you normally go to? That’s a hint to yourself of what you’re dreaming about and who you are. Start making the little decisions that are going to actually define your life. You can turn your family or your community into something that you dream of. You are responsible for your own dreams. You create your own future through every small decision you make.” “Being named as a Possibility Thinker is a real honour. A big part of my role, and the role of us all in our own neighbourhoods, is to imagine what is possible – to dream of a future that is better than the present. What can you do to take ownership of the future of your city? If we imagine and envision what a great city looks like, it becomes possible to imagine change in our own cities. Chances are there are things about your city that you love. But there are also probably things about your city that have you worried. Possibility Thinking allows us to create cities and neighbourhoods where everyone can thrive. This kind of thinking leads us to become active members of our communities, taking meaningful action to make the change we want to see. Really, a city isn’t something that happens to you. You make choices every day that shape and make your city into something of your own envisioning. Your city needs you, and your city needs you to believe in a future that is better than the past and better than the present. Your city needs you to dream, and to engage. That’s really what is at the heart of Possibility Thinking.” “It is a true honour to be named as a Possibility Thinker, because compared to conventional wisdom and common sense, which are about travelling well-worn pathways, Possibility Thinking has been far more helpful in my career and life. It forces you to judge the world according to your own view, and not to accept the templated answers of others about how to succeed. It is about embracing that the future is different and will change, and that is where the opportunity lies. If you want to start something revolutionary, you’ve got to start with an idea that looks at best irrational and at worst stupid. Possibility Thinking is rooted in abundance. This requires us to set audacious goals. Audacious goals are the oxygen of new thinking. Aim for the moon every time, because no one will fault you for falling short, but they will be amazed if you actually achieve it. Possibility Thinking is not a gift, it’s a muscle. If we train that muscle, it is available to all of us. A Kid who grows up with an empowered sense of self is empowered to change their community too. That’s a possibility I hope we collectively seize.”

Nominations for 2015’s Possibility Thinker awards will be open until March 31, 2015. The awards will be presented at Ready, Set, Inspire! later this year.

If you would like to nominate someone who you think is deserving of this award, please click here to submit a nomination.